There’s always a cover story!  The CIA runs these operations like they are written in a novel by Tom Clancy.  The logical starting point in any novel is at the end.  The operational plan is put in place with the ultimate goal of identifying the targeted result, then fill in the particulars as needed to make the mystery more alluring to the reader, then put a trail of bread crumbs back to the perpetrator, while the real plot is never revealed…until the end.  At the end of the book, you are amazed as to what the real outcome is.

The 9.11 hijacking is no different.  You have your “good guys” chasing the “bad guys” and the bad guys are obviously middle east terrorists, and the good guys are the United States Government.  And these bad guys went to flight training school and learned how to fly a plane…but not land them.  Or at least that’s the "official" story.  And it’s backed up by evidence, i.e., the computer flight simulators used by the hijackers, flying planes into the World Trade Center.  And this version of the story is backed up by the flight instructor.

What if the flight instructor lied?  What if these “pilots” were in training, and just didn’t get to the most difficult portion of their training yet and hadn’t learned how to land the plane…yet.  And after the hijacking, the flight instructor was actually an inside man and just made up the story that they weren’t interested in landing the plane.  Would that change your perspective?

I haven’t read the official version of the 9.11 report, nor do I really care to, as it was put out by the Federal Government.  However, if you’ve followed my blog, you will discern that the “Funny Papers” as I call them, i.e., the Warren Commission Report, leaves out some pretty damning evidence in the assassination of JFK.

For instance, there is no mention of Dandol Dianzi in the WC Report.  Dianzi called the Cuban Embassy in Montevideo, Uruguay two days prior to the assassination of JFK with something "of great importance to the nation."  Dianzi was an Argentinian and last time I checked, that was a rally point for the Nazis after WW II.  The CIA went out and investigated Dianzi, and that was pretty much the end of it, other than the cable being routed to the South American CIA sites and the White House.

Furthermore, E. Howard Hunt was the Chief of Station in Montevideo, and when the CIA released their “Family Jewels” Howard Hunt’s assignment as Chief of Station in Montevideo is [REDACTED].  While COS, Hunt set up wiretaps of all the foreign embassies in Montevideo, including the Cuban Embassy which Dianzi called two days before JFK was assassinated.  And while Hunt was COS, he had Argentinians working for him at his house and also assisting him as the "Ambassador" to Uruguay.  This was his NOC, or non-operational cover.

Another glaring omission in the Funny Papers; that same day, LBJ took two Belgian-made guns to Johnson City, Texas, and gave them to Melvin and Nita Winters.  Amazingly, there is no mention of the exchange of these guns nor Melvin and Nita Winters in the WC Report, and this is the second in command to be King...ahem, I mean president.  One would think that after a murder, Hoover's FBI would ask themselves, "who stands to benefit from this?"  1) Jackie or 2) LBJ...but there's no mention of the Belgian-made guns he gave the Winters two days prior to the assassination in the WC Funny Papers.  Odd, right?

From an operational standpoint, a clandestine operator ALWAYS leaves an out; it's called a kill switch.  That is his insurance policy.  If the entire plot to assassinate JFK was going to be left at the feet of the architect of JFK’s assassination (E. Howard Hunt), then he would surely leave a kill switch in place.  And he did just that by calling Dianzi after he knew that LBJ handed over the Belgian-made guns to the Winters.  The backup to that plan was calling Dianzi knowing the call would be intercepted and the cable was routed to the CIA Stations in South America AND The White House.  This is based on the ideology that one is none, and two is one.  He had both backups.  Hunt had his insurance policy in place and carried out the mission with his co-conspirators, David Phillips, David Morales, Antonio Veciana, Frank Sturgis, Cord Meyer, William Harvey, and “The French Gunman on the Grassy Knoll”.   The “French Gunman on the Grassy Knoll”, Dave L’Hommedieu.

And, if you’ve been following my blog, you will also discern that Dave L’Hommedieu drove the get-away car after the DB Cooper hijacking, and those that were involved were President Nixon, Ed Nixon, Attorney General John Mitchell, G. Gordon Liddy, E. Howard Hunt, Najeeb Halaby, and a Boeing engineer, James Klansnic.  He was the guy that engineered the hydraulic system on the Boeing 727 that allowed the aft stairwell to open so "DB Cooper" could jump out in the middle of the winter night with $200,000, and disappeared into the annals of history.

I’ve been working with a researcher and I’ll call him “Nick”…because that’s his name.  He’s one of the most diligent researchers that I’ve ever come across and he believes that DB Cooper was Klansnic, but I believe it was Hunt (the DB Cooper sketch was "updated" by the FBI after the Watergate breaking).  We’ve bet a beer on it, and it’s literally a toss-up as to who Cooper was, but it was either Hunt or Klansnic.  The missing cigarette butts would have solved this mystery but the FBI destroyed them in order to cover up the inside job.

You can see how these bread crumbs are aligning.  The connection between the JFK assassination, the DB Cooper hijacking (Hunt planned them both), but how does this connect to 9.11?  James Klansnic!

What were Klansnic and Dittenberger working on prior to the 9.11 hijackings?  It just so happens they were working on interchangeable computers that were part of the flight management system that were interchangeable between the Boeing 757 and 767, starting at least as early as 08/01/1981 (Boeing 757/767 Commonality Design Philosophy,” SAE Technical Paper 810845, 1981.  ISSN: 0148-7191).

Almost immediately after the DB Cooper hijacking, (March 1972), Najeeb Halaby quit as the President and CEO of Pan Am Airlines.  After he quit, he brokered the sale of 25 Boeing jets to King Hussein of Jordan (who his daughter eventually married in 1978) and then went on to sell airline equipment and policy upgrades to airports around the world so that they could continue to fly into the United States.

Also, of note, in July of 1971, just prior to the DB Cooper hijacking there were some airports around the US that had this equipment installed and the government was doing trial runs on this equipment.

The government already had the policy in place and purchased metal detectors (patented 2 years earlier in Australia), they just needed the catalyst to spark the fire and inserted the False Flag operation called NORJAK, aka the DB Cooper hijacking, to implement these upgrades in all the airports in the United States, to include ID verification.

Fast-forward 30 years, and immediately after the 9.11.01 hijackings, a guy by the name of Steve Kirsch started working with Richard Dittenberger (Klansnic's engineer partner on the flight management system on the 757/767) to install a “safe switch” on airlines in case of a hijacking.  If a plane was/is hijacked, the pilot hits a switch and the aircraft is overtaken from ground control and flown like unmanned aerial drones are flown today.

One also has to wonder if there is a coincidence that on 9.11.1970, Richard Nixon signed the executive memorandum to put sky marshals on commercial aircraft in response to the Dawson Field hijackings, Pan Am Flight 93 included.

The ending of this "Tom Clancy" novel will not be for everyone.  But, at least I either have a great imagination or...perhaps it's true.

So, no - the 9.11 hijackers weren't a bunch of guys that lived in a mud-hut in Pakistan or Yemen that learned how to fly a Cessna; they were people in suits in an air traffic control tower.

At least, this is the argument that I'd make if I were on trial for my life at GITMO.

Perhaps the planes were in FSD, or Full Self Driving mode...like @elonmusk 's Tesla cars.  As an aside, Elon bought property 1.8 miles from my house and put his boring machines there.  I'm a little paranoid that there's a boring machine with a bomb placed under my house.

Let's turn the planners of the 9.11 hijacking, all those involved (including those that covered it up), and their families, over to the Taliban as a prisoner exchange for the American hostages in Afghanistan. I'm quite sure the Taliban can mete out the appropriate justice.  Perhaps that would buy some peace.

It's been 20 years and the Defendants haven't gone to trial yet and our US Justice system has been compromised, including the DOJ, FBI, CIA, and all the other Alphabet Agencies.

Imagine being a US Congressman, Senator, President, Vice President, or former President and still selling the "official" story to the American families that have lost loved ones that are victims of this most horrendous betrayal by our own government.

These people are truly evil! 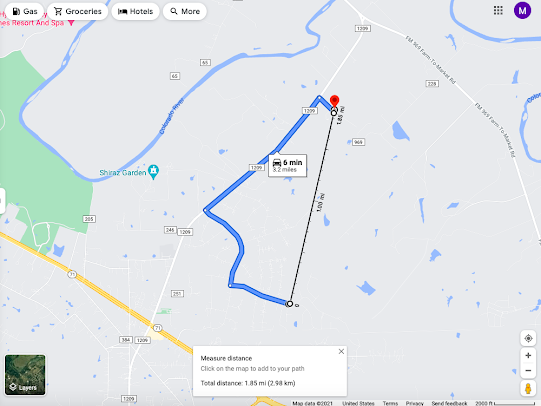 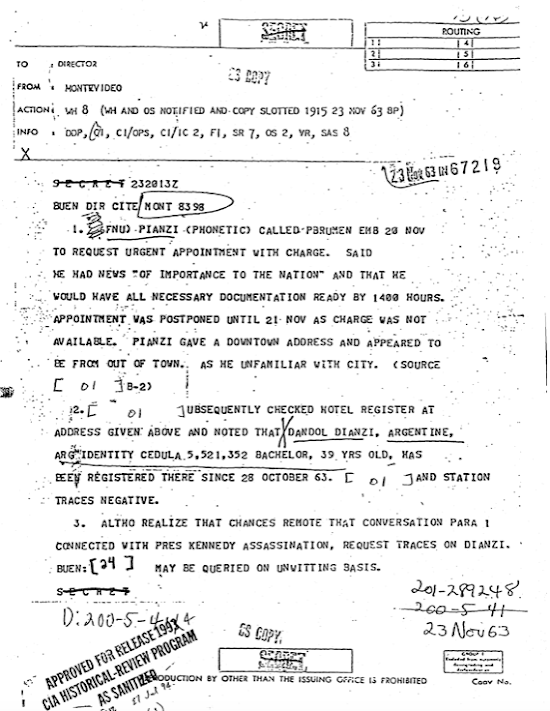