It's the shoes, Bill

If you've read my blog, you know how the Clowns keep control of the people that they have sexually trafficked, like my wife.  When she was trafficked to an area near Seattle, she was with a group of about 40 other girls and was taken to a compound when she was 14 years old.

These girls, ages 10-14, were raped, tortured and murdered.  In order to ensure that they never spoke about it, their captors had to send a very clear message, so after they'd been held captive for a couple of days, they were taken on a forced march through the woods and they came across one of the girls they'd been trafficked with that was non-compliant.  She was the one that was challenging the system.  She was strung up between two trees and had her stomach sliced open and she was left there to bleed to death as the young girls watched.

They were told that if they ever spoke about this again, this is the fate they would suffer, and their family would be murdered in the same fashion, and they would be the last one to go after her entire family was executed and suffered a gruesome death.  Jon Benet Ramsey comes to mind, at least for me.

In Washington State, there has been shoes washing ashore, and it started getting noticed in 2007.  I surmise that it's been going on for much longer than that, but that is what is officially recognized by law enforcement. 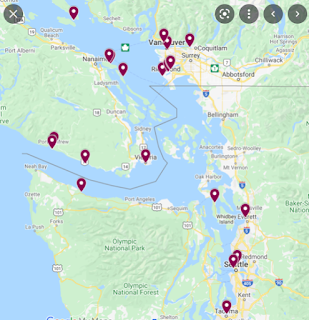 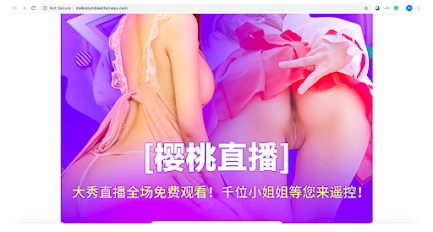 midcolumbiaattorneys.com (defunct)
It is more likely than not that this was posted purposefully by someone that is part of this organization in order to make me look like a lunatic, furthering their position that I am a nut job, attempting to controversialize me when I bring this up.  The question is, who posted this?
In order to get to the bottom (no pun intended) I'll definitely have to question Bill Clinton, don't you think?
In the meantime, keep tying people to a rope and throwing them overboard, using them as trolling bait when you are trafficking women to Seattle.  It leaves fingerprints (footprints) all the way back to your sex trafficking ring.
You have to wonder about the Clinton machine going after Bill Gates when the DOJ was filing the antitrust action against Microsoft.  Was this just part of the WWF professional wrestling in politics, or were the Clintons really going after him.  It makes you wonder where they stand now, over 20 years later.
We'll see.  I surmise they are all on the same sheet of music now, with a singular enemy, me.  We'll see.