Mike Roe and The nude photo 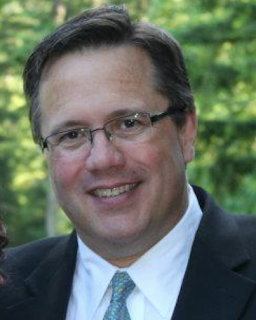 It was October of 2015 and I was in Mike Roe's office trying to get the divorce action settled.  Mike was at his new office in Mill Plain Blvd. in Vancouver, the floor below the FBI Headquarters in Vancouver.  At the time, I had no idea that there was an FBI Field Office.  Jim McRaven, an associate professor at one of the colleges in Vancouver, told me that the Vancouver FBI Field Office was in the same location as MIke Roe's office.  It was a telling revelation.  I surmise this whole operational plan to "controversialize" me has been run out of the Vancouver FBI Office.

Like me, Jim has been battling this corrupt cabal in Clark County for over 20 years, and he told me about his forays into the Vancouver FBI Field office where he was met with the same contempt I've been met with.  Government officials don't take kindly to you showing up to their office pointing out their corruption.

When I was in Mike's office in October '15, I was recovering from my injuries after being run off a cliff.  I'd just gotten out of a wheelchair and had to walk with a cane because of my broken leg.  I'd just stopped taking opiates for pain, as I knew that I had to be on my game because these psychopaths were out to kill me.  I hadn't made the connection that Mike was in on the plot to murder me.  I had been taking opiates to control the pain....a lot of opiates.  I was taking 30 mg of time-release morphine three or four times a day, augmented by 10 mg tablets of Vicodin.  I was an addict, and what better way to paint a person as a lunatic, than have him be an opiate addict.  I needed to make sure that I wasn't on that side of the equation, and I stopped taking opiates cold turkey around September of 2015, the month earlier.  As I've stated before, stopping the opiates was harder than going through Hell-week during SEAL training.  It was 9 days of sheer hell on earth.  I have a lot of respect for those that are addicted to these drugs and get off of them.

Even after stopping the opiates, for months, I still felt as if I was in a fog.  Instead of taking opiates, I was smoking marijuana to quell the pain.  It worked, somewhat, but it still dulled my senses and caused me to be functioning at a lesser level than I am today.  I've completely stopped using any drugs other than caffeine.

I asked Mike to work out a deal and get it done, and he called Lisa Martin, the attorney representing Shelane in the divorce.  She didn't answer the phone.

While we were waiting for a call back from her, and working on my response to the temporary orders that Martin sent over to Mike Roe, he pulled out his iPhone and showed me a photo of a naked gal in a hotel room.  I was aghast at the photo because it looked exactly like Shelane, the same gal that I'd been with for the past 14 years.  I've described the photo in detail in reports to the Washington State Bar and in a police report I filed with the City of Vancouver, and reiterate it herein.  Her hair was reddish blonde and my wife usually had blonde hair, except one of the times I'd come back and tried to work things out with her, she'd died her hair reddish blonde.  She's beautiful, regardless, and the girl in the photo was beautiful as well, just like Shelane.  in the photo, her head was turned to the side and the reddish-blonde hair was covering her face, and I remarked to Mike, "that looks like Shelane".  At the time, I hadn't put two and two together, as I was still in a fog from stopping the opiates, and had smoked marijuana sometime before meeting him.

Throughout this process, the people that I've been dealing with have all dropped little clues along the way. While each little clue is a piece of the puzzle, mentioning them in a single instance tends to lead someone that is looking at this through a myopic lens detracts from the entirety of these clues pieced together to give an accurate portrayal of the entire puzzle.

Another case in point was the fact that I was taking checks to Mike Roe for $3,000 every month, starting in July of 2015.  I'd stopped by the bank and gotten a cashier's check to give to him so he could give it to Shelane.  I didn't want to be the. deadbeat dad, and wanted to ensure that my children got what they needed.  In addition, I'd kept paying the $1600 each month for her health care.  In essence, she was receiving $4,600 each month, and she didn't even have to let me see the girls.  This went on from the time of my false arrest on February 11, 2015, through October.

On my way to Mike's office, I'd fallen out of my wheelchair going into the bank.  They wouldn't allow me to get a cashier's check at the window, so I had to go inside, and when I was getting out of my mom's SUV, I fell.  On my way to Mike's office, he called after I'd gotten the first cashier's check and said that I needed to get another one for $3,000 because I was "late" and needed to make up a payment.  So, we stopped at another Wells Fargo on the way to Mike's office, and the same EXACT thing played itself out again, not letting me get a cashier's check, even though I told them this was the second time and I fell out of the wheelchair just a few minutes prior.  Again, getting out of the SUV, I fell again.  I was cursed.

I sent other payments in August, September, and October.  Then, Mike was telling me that I had to get one for November, and I was completely done with the bullshit because I wasn't getting to see the girls and I told him that I wasn't going to pay until there was a parenting plan in place.

Over the course of the time I was with Mike that day, my pain started to increase, my patience started to dwindle, and I had enough of going through this charade.  I'd done it many times with Mike before, he was using his stall tactics, while keeping the meter running at $220 per hour, and we weren't getting anywhere.  In hindsight, this was his exact plan, to keep the meter running, exhaust my patience, and keep fucking my wife.  It was a win-win.

One of the times I got back with Shelane, she'd shared with me that she and Lisa Martin became friends, and they met out on the town one evening with an associate of hers.  Of course, in order to get back with Shelane, I had to pledge allegiance to her and let her know everything that I'd done while I was away from her, confessing all my sins, which I did in order to see the girls.  When I asked her who the "associate" was, she would not divulge who it was.  I guess, like the Pfizer jab, I'll have to wait until 2076 to find out who that was.  Obviously, Tessa Cohen didn't ask this question during the divorce trial.  I surely would have.  But, reading through the tea leaves, we can all surmise that the "associate" that she met out with Lisa Martin was Mike Roe.

And Mike posed the proposition to her about murdering me, and she would get the financial windfall of $400,000 and nearly $9,000 per month, and this is just how the game is played.  I also assume this was around the end of 2013 after I left her on September 1st.

When I left in September of 2013, I told Mike to get the parenting plan ready, however, like usual, he didn't do a thing.  Mike represented me from approximately May of 2012 through the date he withdrew, the date of the Temporary Orders and Parenting Plan, November 11, 2015.

By my calculation, that equates to about 42 months.  He never filed a parenting plan over the course of that 42 months of representation.  I don't know how much I paid him, but the last count was around $40,000.

The paperwork filed by Lisa Martin Stated that I'd abandoned Shelane and the children, and generally painted me as an abuser, a psychopath, and did not have any emotional connection to the children.

Remarkably, when Tessa Cohen did the paperwork for the final divorce decree, she adopted the verbiage of the temporary orders, almost verbatim.  She knew it was all false, yet she was part of the set-up crew also after her family law firm she had with her husband was bought out by Landerholm Law right after I hired her.  This should have been a big clue to me, as this was another sudden change.  And any time there is a change, there is something nefarious going on with these folks.  And, if you've been following my blog, you know that Steven Morash was a partner at Landerholm Law, and he sat on the Clark County Planning Commission with Rick Torres.

When Roe introduced Shelane to Rick Torres, what she did not realize, she just made a deal with the devil.  I'm sure the first order of business was for her to fuck him also.  Then, the ask got even higher, as our children became the commodity of the sex trafficking ring these psychopaths are running out of zip code 98666.