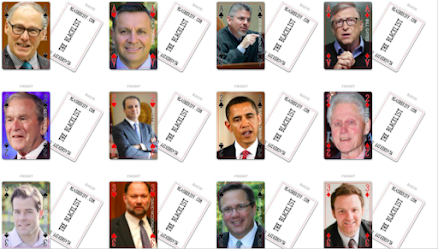 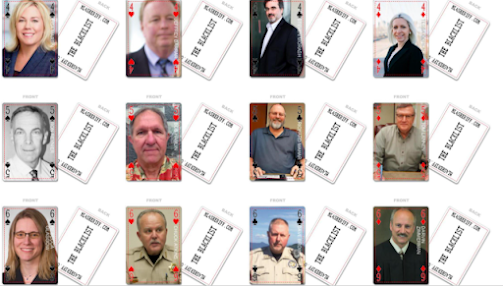 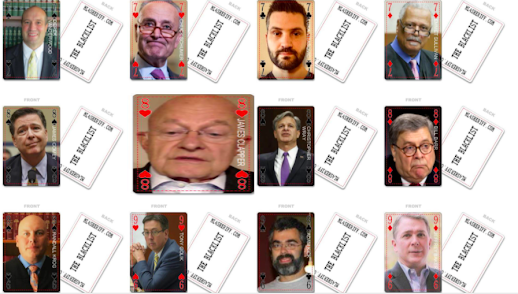 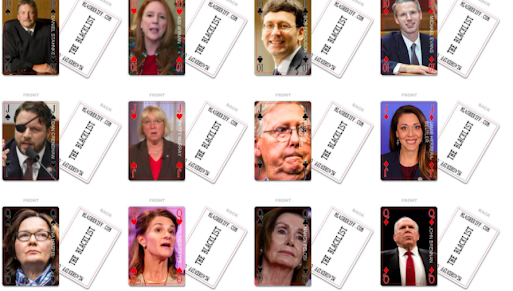 Like Q says, the first arrest will shock the world!  Wait, Q?  Isn't there a post on this blog, Q sent me?

IDK why Clapper the XXXX is blown up, but it's good for the game, evidently.

Shall we play a game?

Who do we start with here on the Blacklist?

Keystone - a central principle, or part of a policy, etc., on which all else depends.

Who is the keystone?

If you want a deck of cards, you know where to reach me.

Serious question, though; who would offer someone, i.e., my biological father Bill Hearn, $2 billion for a garbage company that's doing $1 million annually in sales?

Then, he that gets offered $2 billion for his garbage company suddenly dies a couple months after telling me that.  Odd, right?  After Mike Roe learns about the offer and finishes my dad's divorce in record time and hooks him up with an estate attorney to change his will.

Then, when I tell the judge this (the discredited jack@ss, Zimmerman) tries to discredit me by stating in court on the record how much the garbage company is worth (maybe $2 million).  I guess my question to Zimmerman would be, do you really think that the $2 billion was for his garbage business?  My dad told me it was blood money and he wouldn't take it.

Do you think, JZ, that what he was offered the $2 billion for was for information?   What if that information led to the discovery of the identity of the JFK assassin and the DB Cooper hijacker?   Would that be worth $2 billion?

Do you think, JZ, that all these things that suddenly happen at these critical moments in history are all just a coincidence?  My biological father had a heart attack, and then 30 days later, the guy (my step-dad) that shot JFK and helped with the DB Cooper hijacking had an embolism and nearly died.  He was given a 1 percent chance of living and miraculously survived.  Weird, right, JZ?

You are a tool, Judge Zimmerman (discredited judge, that is).